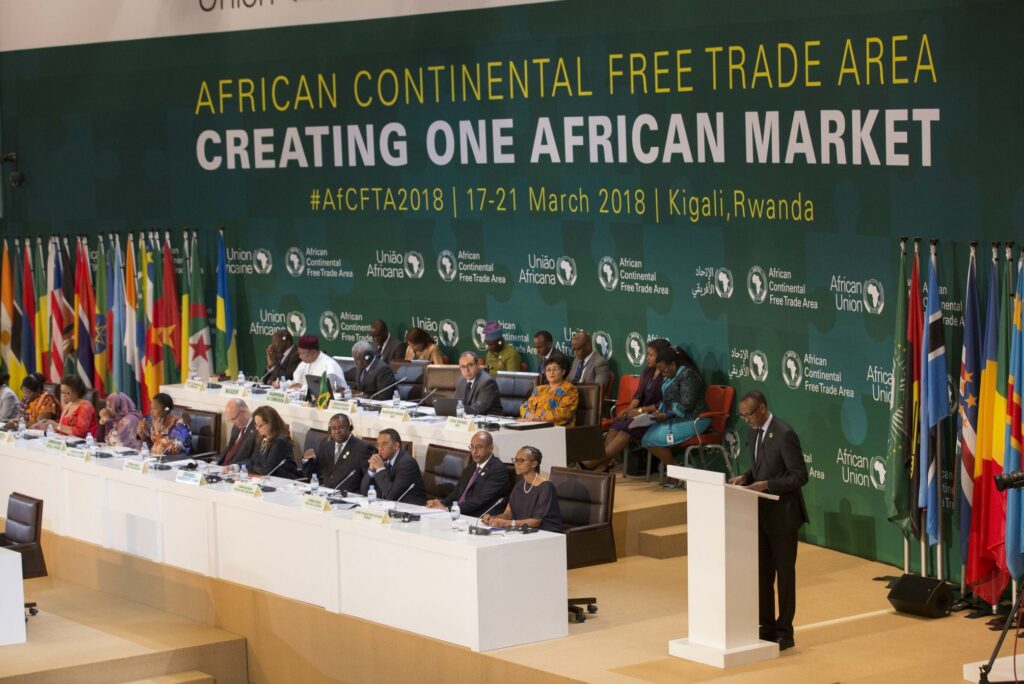 The African Contintental Free Trade Area (AfCFTA), came into effect on 30th May following the successful agreement at the African Union summit hosted in Kigali, Rwanda on 21st March last year. Originally forged to unite a 55-state trade bloc which would have included 1.2 billion people, three countries remain outside the agreement, namely Nigeria, Eritrea and Benin. According to news published after the historic AU summit, Nigerian president Muhammadu Buhari explained that the country, “will not agree to anything that will undermine local manufacturers and entrepreneurs, or that may lead to Nigeria becoming a dumping ground for finished goods.”

Countries who are a part of the FTA have until 07th July to work out the finer details with 24 countries having already ratified the agreement. According to the UN’s Economic Commission for Africa, the AfCFTA has the potential to boost regional trade by more than 50%. Currently, the continent’s intra-regional trade is estimated to contribute 15% of Africa’s total commerce By driving down the cost of trading across borders it can boost trade and open new markets on the continent.

African Union Commissioner for Trade and Industry, Albert Muchanga commented, “Historic milestone! AfCFTA agreement has come into force! We celebrate the triumph of bold, pragmatic and continent-wide commitment and economic integration. We launch market on 7 July, 2019 and begin the journey of transformation to secture inclusive prosperity.”

While a long time in the making, AfCFTA is the largest free trade area of its kind since the establishment of the World Trade Organisation in 1995 with 164 member states. Certainly the movement towards the single market and increasing ease of doing business across the continent appear to be well received.

According to coverage provided by African News Agency, tourism, trade and investment promotion agency for Cape Town and the Western Cape, Wesgro’s CEO Tim Harris commented, “By driving down the cost of trading across borders it can boost trade and open new markets on the continent. Wesgro looks forward to following development to ensure that the Western Cape is ready to leverage every opportunity presented by the AfCFTA.”Related article African Union signs MoU with Huawei