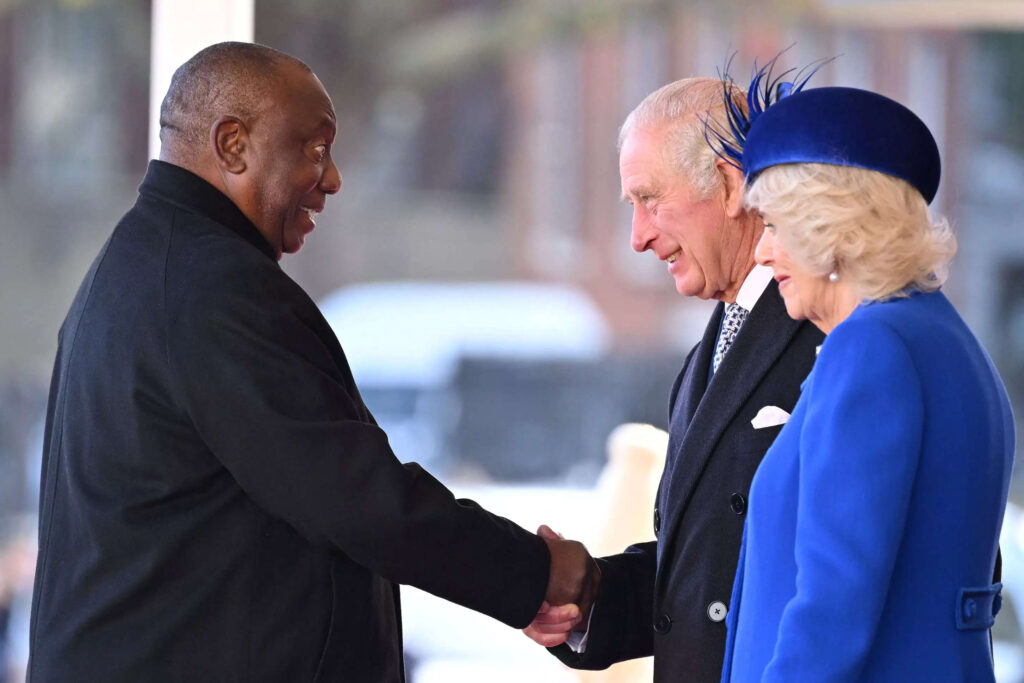 Cyril Ramaphosa, South Africa’s President will be the first head of state hosted by His Majesty Charles III.

Cyril Ramaphosa, South Africa’s President, conducted a state visit to the United Kingdom from 22 to 23 November 2022. President Ramaphosa is the first Head of State to be hosted by His Majesty Charles III. Since 1994, bilateral relations between South Africa and the UK have grown into a strategic developmental partnership, as reflected in substantial bilateral trade.

Ramaphosa: “Reinvigorating the ties of commerce, trade and investment”

“This state visit is an opportunity to reinvigorate the ties of commerce, trade and investment between our two countries. The UK is the largest foreign investor in South Africa and the country’s fifth largest export destination,” President Ramaphosa noted in his address to the UK parliament.

The countries have often collaborated in various multilateral organizations to advance shared ideals and objectives, including the G20 and the United Nations Security Council (UNSC). The state visit provided an opportunity for South Africa and the UK to identify new areas of collaboration to advance economic recovery and stability and reaffirm the solid foundation between the two countries.

This is the first meeting at this level after the UK’s withdrawal from the European Union and comes at a time when the economies of many countries, including South Africa and the UK, are affected by the lingering impact of the Covid-19 pandemic and the consequences of the Ukraine-Russia conflict.

Bilateral relations between South Africa and the UK are managed through the Bilateral Forum, established in 1997. The forum meets biennially at the foreign ministerial level. The most recent meeting was the 12th Session held on the sidelines of the G7 Foreign Ministers meeting in May 2021 in the United Kingdom.

“As we undertake the most significant restructuring of our energy market in almost a century to address severe power shortages, there are great opportunities for investment, innovation and partnership. By pursuing these and other avenues for cooperation, I believe that we will define the relationship between South Africa and the United Kingdom in new and exciting ways. By exploring the full extent of our common interests and capabilities, I am certain that we will add another chapter to our long and rich history,” said President Ramaphosa.