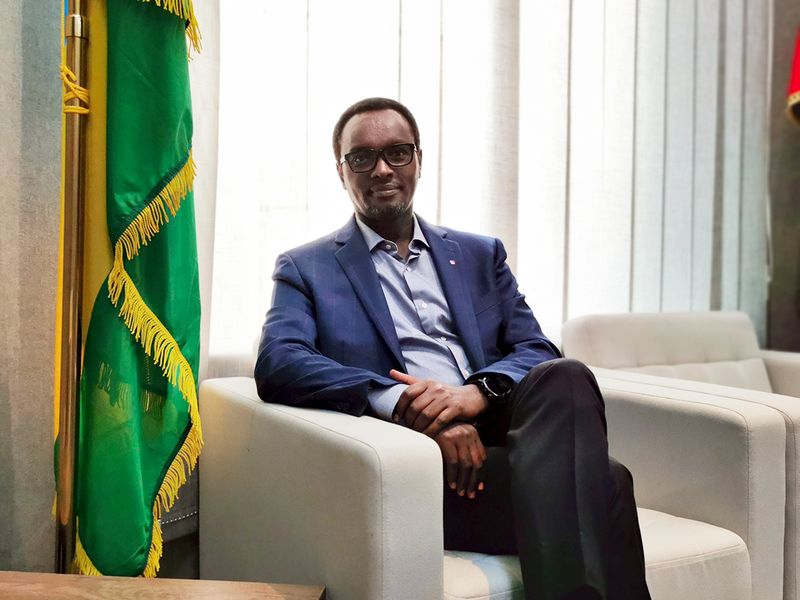 Rwanda and the Abu Dhabi Chamber of Commerce and Industry are keen to expand trade between the two countries and to explore investment opportunities.

This bilateral talks came during the visit of the Ambassador of Rwanda to the UAE Emmanuel Hategeka and his party to the Abu Dhabi Chamber.

Hategeka was received by His Excellency Mohamed Helal Al Mheiri, Director General of Abu Dhabi Chamber, and the two men spoke about investment opportunities in both countries. Other topics discussed included the creation of strong, lasting trade partnerships between the two states and the benefits to be had for both countries’ economies.

Al Mheiri stressed that economic relations between the UAE and Rwanda have enjoyed great progress over recent years. This, according to Al Mheiri, has been reflected in the increased trade between the two countries, especially in investment fields such as the general trade sector and the technological, tourism, and the education sectors.

“Economic relations between the UAE and Rwanda witnessed unprecedented development over the past several years, which is reflected on the trade movement between the two countries, especially in trade, technological, tourism and educational sectors,” H.E. Al Mheiri said. He went on to say that the two countries had signed a series of cooperation agreements regarding double taxation and agreements to protect investments made within the two countries.

H.E. Al Mheiri went on to state that Abu Dhabi was keen to explore promising markets and to create strong partnerships with Rwanda on a number of levels. Al Mheiri talked about the emirate’s business environment, highlighting the ease with which businesses can be created, the supportive legal framework in Abu Dhabi and the benefits of the country’s various logistics, infrastructure, and economic incentives.

“We, at the Abu Dhabi Chamber, are completely ready to support the economic relations between Abu Dhabi and Rwanda and to coordinate business meetings to explore the available business opportunities in both countries,” he remarked.

Ambassador Hategeka spoke about the strong economic ties between Abu Dhabi and Rwanda and mentioned the increasing level of Emirati investments within his country. Hategeka also said that Rwanda was working to encourage foreign investment, particularly in the tourism sector. He also highlighted the energy Rwandan sector, manufacturing, ICT, mining, infrastructure, and tourism as sectors with great potential.