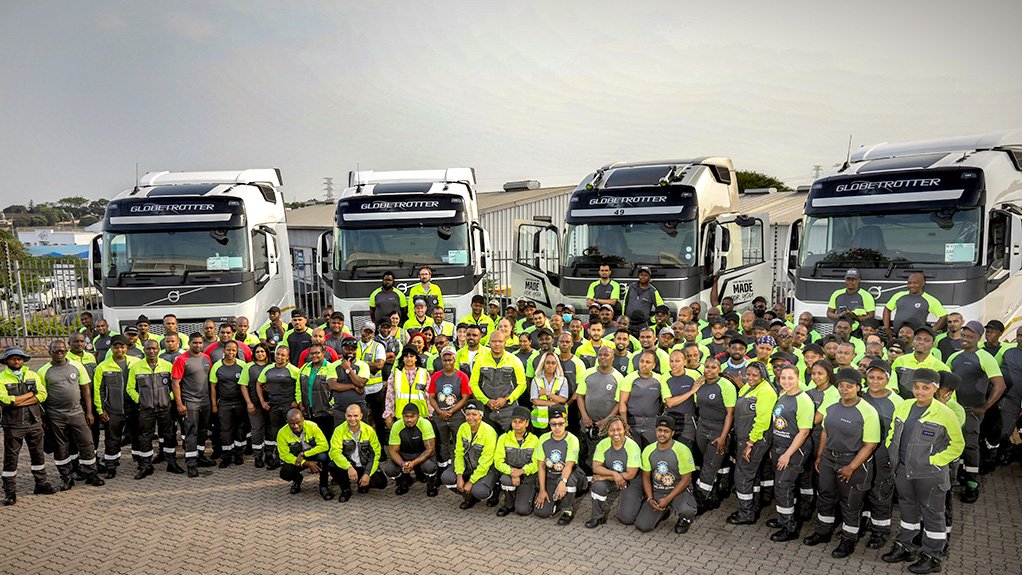 Volvo Trucks Euro 5 trucks have been available in South Africa since 2012, but now will be assembled locally for the first time.

Volvo Trucks South Africa has started assembly of Euro 5 specification trucks at its plant in Durban, KwaZulu-Natal. Euro 5 variants have been available in South Africa since 2012 but will now be assembled locally for the first time.

“More customers have ambitions to improve their environmental footprint, which is driving the uptake of Euro 5 models locally,” said Eric Parry, Sustainability Manager at Volvo Trucks South Africa. In general, the Euro 5 engines have a lower fuel consumption than an equivalent Euro 3 unit.

Even though total costs are roughly the same due to the need for AdBlue diesel exhaust fluid on the vehicle, the CO2 emissions are reduced as the fuel consumption is lowered. There is also a significant reduction in exhaust gases, which in turn improves the environment around the vehicle.

Euro 5 assembly at the plant complements production of the company’s current range. Volvo Trucks initially started with the assembly of Euro 5 level FH truck-tractors, the company’s long-haul icon. More models and configurations will be added over time as fleet owners require them.

“The need for local assembly also arose to reduce the import duty applied to full imports. This affords Volvo Trucks the opportunity to offer the cleaner technology in a more competitive way,” said Parry.

Certain layout changes were made to the facility to accommodate AdBlue filling in trucks, as well as for storage. Additional floor layout adjustments also allow for new procedures like the assembly of AdBlue tanks and special exhaust systems.

Operators have received advanced training to assemble the new features connected to the Euro 5 specifications. Specialized training was also provided for road testers and product auditors to ensure the highest standards are maintained throughout the assembly and QA processes, explained Aubrey Rambau, Volvo Trucks’ Plant Director.

The Volvo Trucks plant recently installed a new solar power system to generate renewable energy for the facility. A total of 440 solar panels and two solar inverters generate 243 kW of power, about 60% of the energy needed for the plant.