Egypt and the UAE explore expansion of bilateral relations 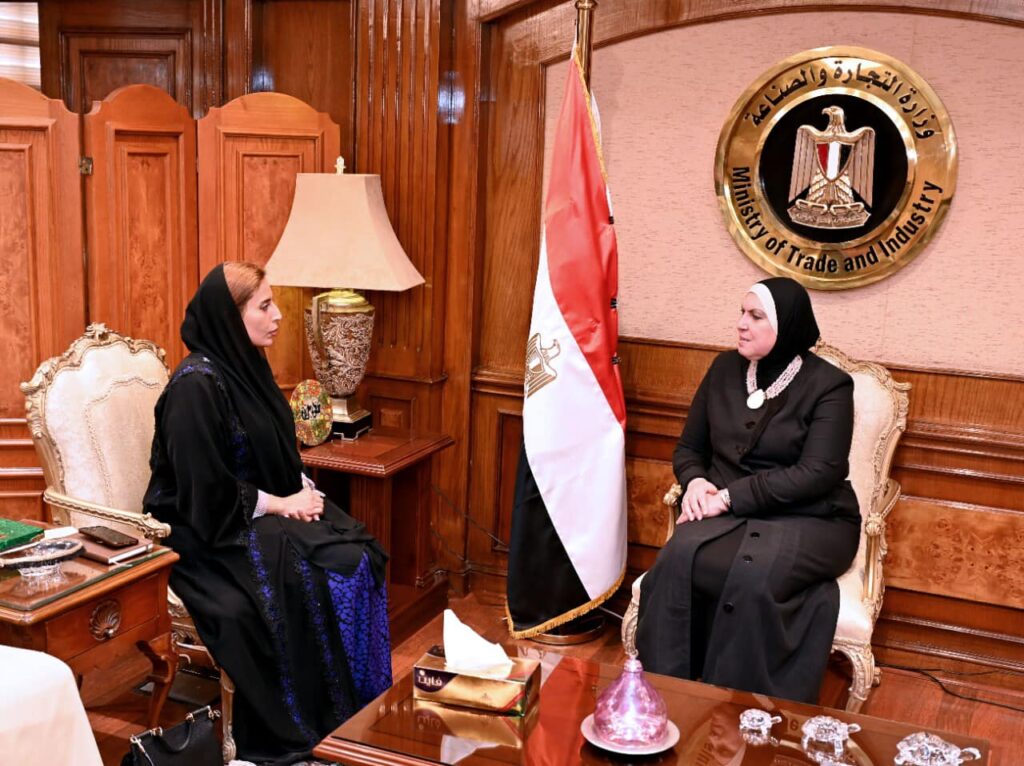 Nevine Gamea, Minister of Trade and Industry for Egypt, met with the Ambassador of the UAE to Cairo, Mariam Khalifa Al-Kaabi, on Monday to discuss economic developments regionally and globally.

In addition the two spoke about how to further develop relations between the two countries in the fields of commerce, investment and industry. Gamea said that they also spoke about the need to unify their approach regarding the impact regional challenges were having on the Emirati and Egyptian markets.  Gamea talked about the importance of creating tangible commercial and investment cooperation projects that serve the interest of both countries.

According to Gamea, rates of Egyptian exports to the UAE reached $1.196bn in 2021, with building materials, engineering goods, electronics, food industries, agricultural crops, medical industries, ready-made clothes, and furniture topping the list. Gamea went on to say that there are substantial investment opportunities for the Emirati business community in the Egyptian market, and spoke of spinning, weaving, leather, furniture and handicrafts.

Al-Kaabi claimed that the UAE was keen to develop economic relations for the benefit of the economies and peoples of the two countries and praised Egypt’s participation in Expo 2020 Dubai. The Egyptian pavilion is one of the most important pavilions participating in the event, attracting the attention of all attendees and receiving a large number of official visits, according to Al-Kaabi.

Egypt as a gateway

“It is possible for Egypt to make use of the UAE’s market as a hub for Egyptian-Emirati joint projects’ exports to the markets of the Arabian Gulf and Southeast Asian countries in addition to the UAE benefiting from the Egyptian market as a gateway for Emirati exports to the markets of the African continent and profiting from facilities and preferential transactions offered by the African Continental Free Trade Agreement (AfCFTA). There is also the possibility of establishing Egyptian-Emirati investments in other countries,” Al-Kaabi said.

Both diplomats believed that Egypt would open up Africa to the UAE and that Egyptian goods would find markets in the Gulf in return.