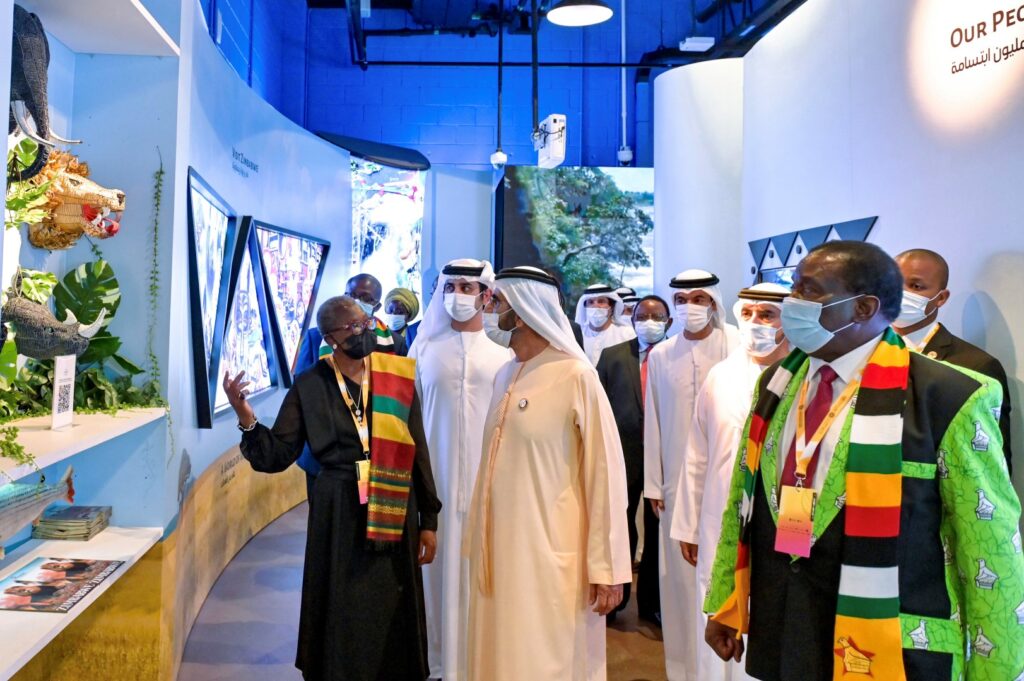 Today, His Highness Sheikh Mohammed bin Rashid Al Maktoum, Vice President and Prime Minister of the UAE and Ruler of Dubai, met with the Presidents of Botswana, Zimbabwe and Mauritius at Expo 2020.

The move comes as part of the UAE’s efforts to boost ties with African nations and work towards improving cooperation in the advance of common interests.

Sheikh Mohammed praised the ongoing development within each of the countries and stressed the need for collaboration on an international scale to allow people to benefit from the countries’ natural resources. He went on to say that the UAE strongly supports the creation of partnerships and knowledge sharing.

Investment and commerce in Botswana

Speaking to Dr. Mokgweetsi Eric Keabetswe Masisi, President of Botswana, Sheikh Mohammed discussed the promotion of bilateral relations, especially in the fields of investment and commerce. The two leaders also discussed the ongoing success of Expo 2020.

A gateway for Zimbabwe

When visiting the Zimbabwean pavilion, Sheikh Mohammed spoke to the country’s President Emmerson Mnangagwa, who told the ruler of Dubai that Zimbabwe sees the UAE as a gateway to the Middle East, Asia and Europe. The two men also spoke of how to boost trade between their countries and how to explore new investment opportunities. Areas included in the conversation included agriculture, mining, energy and the pharmaceutical industry.

Tourism and biodiversity in Mauritius

Visiting the Mauritius pavilion, Sheikh Mohammed spoke with President Prithvirajsing Roopun of Mauritius about improving bilateral cooperation and exploring new areas in which the two countries could work together in areas including tourism. The Mauritius pavilion showcased the island’s natural beauty, biodiversity and rich heritage.

The Rwandan and Kenyan pavilions at Expo 2020