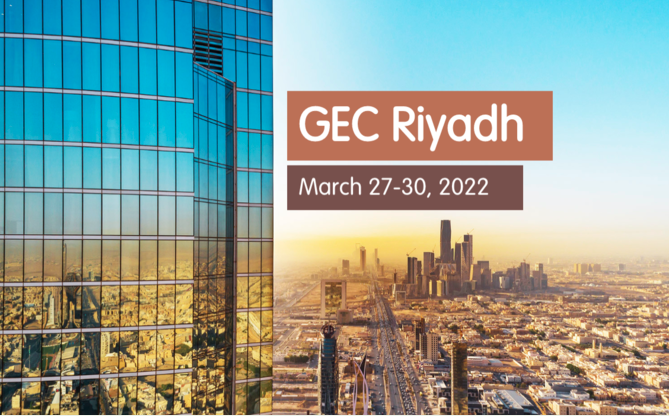 The GEC will run for four days and will see 150 speakers including policy makers, investors, business founders and CEOs, including Steve Wozniak, co-founder of Apple and Marc Randolph, co-founder of Netflix.

Saudi startup scene on the rise

Saudi Arabia has seen as 54% jump in startup funding deals in 2021, compared to the year before and, according to a report by research platform Magnitt, accounted for 23% of all funding in the MENA region in 2021.

One of the most vibrant startup environments in Africa is Egypt, with Magnitt reporting that the country attracted 270 percent higher venture funding in 2021 than the year before as the government aims to achieve its 2030 economic vision initiatives. As a result of the high levels of investment within the country, Egyptian startups are on the radar of international investors.

Egypt-based logistics startup Bosta recently announced its expansion plans in Saudi Arabia after raising a series B funding. Cairo-based digital freight marketplace Trella, started operations in Egypt in 2018, and has expanded its operation into the Kingdom, later raising USD 42 million in its last funding round that was co-led by Saudi-based venture capital Raed Ventures.

Saudi Arabia and Egypt ranked first and second respectively in terms of the number of acquisitions in January of this year, according to Magnitt, with Saudi Arabia raising USD 219 million in February alone, according to Wamda.