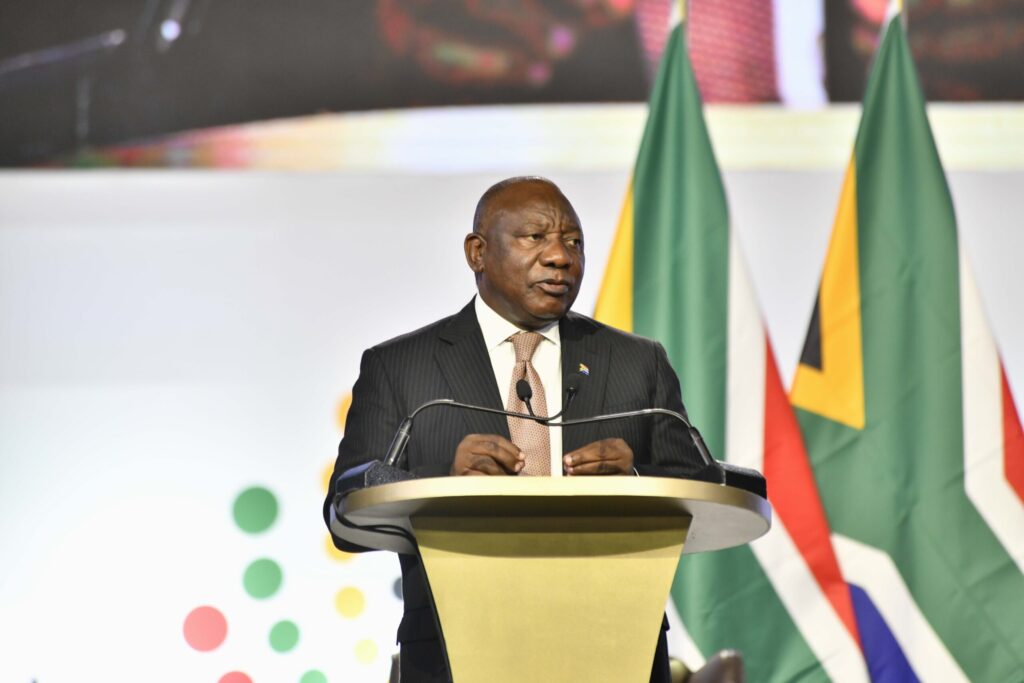 The Swedish mining and mineral processing equipment manufacturer has been operating in the South African market for more than 70 years. Its regional head office in Kempton Park manages operations in Zimbabwe, Namibia, Botswana, Mozambique, Angola and Madagascar. This positions Sandvik to take advantage of the opportunities presented by the African Continental Free Trade Area (ACFTA).

The 62,000 m2 site is one of Sandvik’s biggest and most advanced facilities globally. It has the capability to produce underground loaders with over 60% local content, allowing them to be designated as ‘Proudly South African’.

“Biggest and most advanced facility”

“We have heard that the Khomanani manufacturing site is one of Sandvik’s biggest and most advanced facilities globally, consolidating operations from five separate sites and accommodating 550 employees. This will allow Sandvik to shift certain manufacturing duties from elsewhere in the world to this facility,” said President Ramaphosa.

“With industrialisation and manufacturing being essential pillars of South Africa’s Economic Reconstruction and Recovery Plan, it is gratifying to see this commitment turned into reality here in Gauteng,” said President Ramaphosa.

According to recent figures, the South African mining industry is worth USD 59.3 billion in production value.