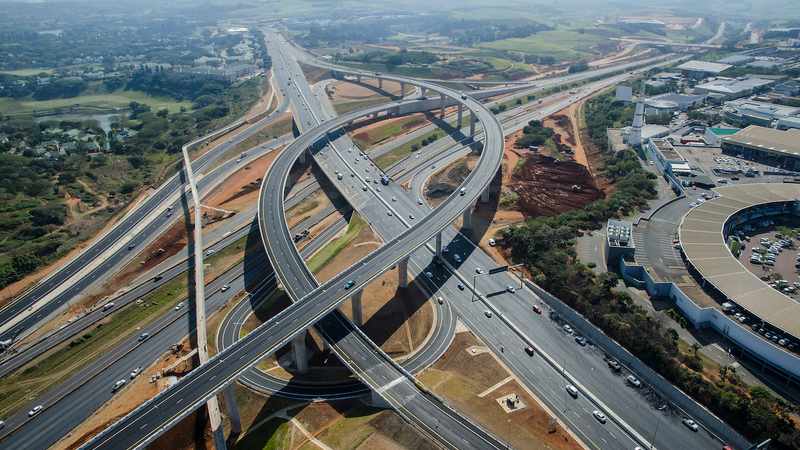 SANRAL, the South African National Roads Agency Limited, has responded to “the emergence of a negative narrative with regard to Chinese investment into South Africa” following the South African Institution of Civil Engineering (SAICE) expressing its “deep concern” at the recent awarding of tenders to joint ventures (JVs) led by foreign companies.

Earlier this year SANRAL cancelled five major tenders due to “a material irregularity in the tender process.” Four of the five cancelled tenders have now been awarded following an evaluation process by the Development Bank of Southern Africa.

“What will the impact on the economy and the engineering fraternity be as a result of the appointment of foreign firms leading these JVs? Also, what is the potential negative impact on employment, job creation and skills development for South Africans?” questioned SAICE in a recent statement.

SANRAL responded in a statement on 9 November that South African law does not prohibit any foreign company from doing business in the country. Also, it is compelled by law to award to any entity whose performance in the tender process meets the compliance requirements and is the best in terms of relevant points and price.

“Ultimately, it is the quality of a bid that wins a tender and not the nationality of the bidder(s). Following a fair, open and competitive process, the contracts for all four tenders were awarded to the tenderers that submitted the highest scoring eligible bids,” said SANRAL.

It pointed out that both China Communications Construction Company Ltd (CCCC) and China State Construction Engineering Corporation (CSCEC) are registered with the Construction Industry Development Board (CIDB) and the National Treasury’s Central Supplier Database (CSD).

Both firms also submitted valid Broad-Based Black Economic Empowerment (B-BBEE) certificates and both firms, as part of their respective JVs with South African-based partner companies, complied with all applicable procurement regulations. These local companies are free to form joint ventures with any other company, either locally or internationally, highlights SANRAL.

“Having fought so hard to prioritize economic development opportunities for black subcontractors on these tenders before they were initially cancelled, it stands to reason that we will continue to advance developmental opportunities that will allow black businesses to participate meaningfully in the economy. To this end, as with any SANRAL contract, the winning bidders must comply with the mandatory local content requirement,” said Themba Mhambi, SANRAL Chairperson.

This case includes 100% procurement of South African steel and cement, as well as all applicable regulations and legislation particularly environmental, labor and health and safety requirements. All contracts have stipulated minimum Contract Participation Goals (CPG) for local labor and Targeted Enterprises (SMMEs).

“While infrastructure development is instrumental in South Africa’s economic recovery post COVID-19, it goes beyond simply creating jobs. It should be highlighted that both the Mtentu Bridge and EB Cloete Interchange are technically highly complex and challenging projects requiring applicable mega-bridge construction expertise and experience. The Chinese construction industry is one of the leaders in mega bridge building in the world today,” noted Mhambi.

“We are mindful of South Africans’ concerns about the integrity of the procurement process, given the magnitude of the contract. As such a due diligence process was conducted. In this instance, the probity test has not raised any red flags that would have disqualified the winning bidders,” said Mhambi.