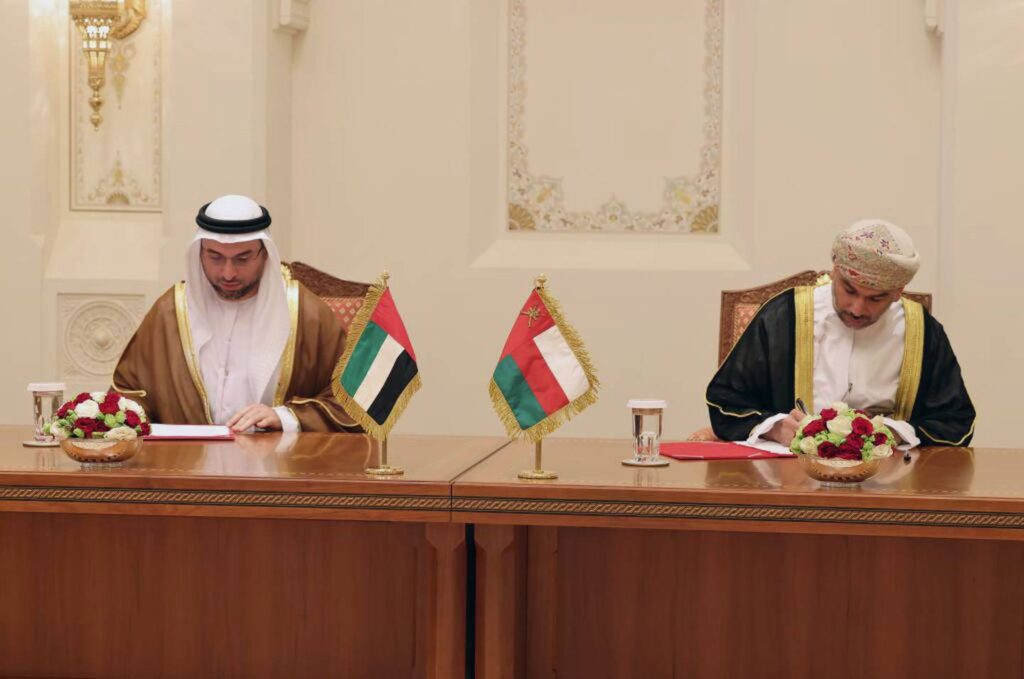 The UAE and Oman have signed an agreement to connect Abu Dhabi to Sohar with passenger and freight trains.

The UAE and Oman will be linked by a rail network to carry both passengers and freight. The passenger trains will be capable of speeds of up to 200 km/h, while the freight trains will run at a speed of up to 120 km/h. As part of the agreement, the UAE’s freight services line will be connected to Sohar, in Oman, the country’s deep-sea port.

The agreement was signed by Shadi Malak, chief executive of Etihad Rail, and Abdulrahman Salim Al Hatmi, group chief executive of Oman’s state-owned logistics company Asyad. The two companies will create a joint company that will develop the network and operate it once complete. As per the agreement, the new company will complete preparatory studies and plan the project, including the financial aspects and the scheduling. It will also oversee the design, development, and operation of the rail network, according to the UAE’s state news agency, WAM. The total investments in the project amount to USD 3 billion.

According to WAM, the passenger trains will be capable of reaching speeds of up to 200 km/h, covering the journey between Abu Dhabi and the deep-sea port of Sohar in 100 minutes, and Sohar to Al Ain in 47 minutes.

Malak said that the agreement “lays out a map for a sustainable project that will contribute to strengthening the solid relations between the UAE and Oman”.

Once complete, the Etihad Rail line will cover approximately 1,200 km of territory. The network will link 11 cities and areas across the UAE, from the border with Saudi Arabia to Fujairah in the north. The company has recently signed four preliminary agreements with international companies for rail operations, maintenance and passenger stations.

Oman and the UAE continue to strengthen their economic ties. To date, 16 agreements have been signed between the two countries and are related to energy, transport co-operation, communications and logistics, maritime transport, and co-operation and investment in industry.

The announcement of the Oman-UAE rail link was made following President Sheikh Mohammed’s arrival in Oman on a state visit. Sheikh Mohammed met with Oman’s Sultan Haitham and held talks centered around the leaders’ desire to create a stable, secure region that focuses on sustainability and economic development.

Oman’s foreign trade increased by 50% y-o-y between January 2021 and 2022 according to the country’s National Centre for Statistics and Information.