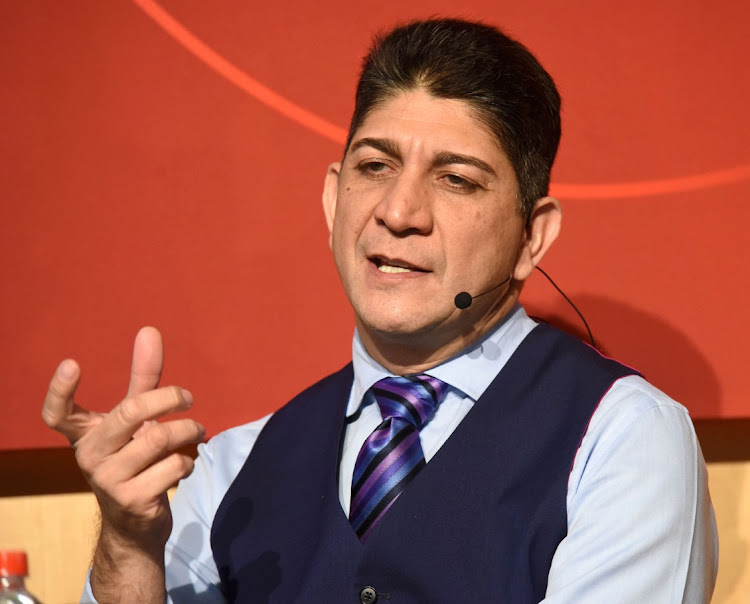 Vodacom currently serves 16 cities in the country, with plans to expand services to 25 cities by early 2023.

The recent announcement that Safaricom Ethiopia will be awarded a financial services license is expected to accelerate Vodacom’s ambition to transform lives in Africa’s second most populous country, the South-Western African mobile communications company said in its interim results for the six months ended 30 September 2022, released on 14 November. Vodacom is a leading South African mobile services operator.

“We have already launched our network in 16 cities in Ethiopia with plans to expand services to 25 cities by April 2023, to reach our first milestone of 25% population coverage,” said Shameel Joosub, Vodacom Group CEO.

However, the expected start-up costs associated with the national telecoms network through Safaricom Ethiopia, in which Vodacom holds a minority and is accounted for as an associate, contributed to a 9.3% decline in earnings per share.

Despite ongoing financial market volatility and weaker prospects for the global economy, Vodacom Group’s resilient revenue performance in the first quarter continued into the second quarter, evidenced by the 7.7% increase in Group revenue to R53.7 billion in the first half of the current financial year.

The war in Ukraine, which followed hard on the heels of a global health crisis, continues to result in increased inflationary pressures and elevated living costs in many countries across the world, including markets where Vodacom operates. Vodacom has attempted to absorb considerable inflationary costs from the dramatic increase in energy costs as far as possible and, as a purpose-led organization, has sought to accelerate various initiatives to deliver even greater value to financially strained customers.

“We continue to transform lives in South Africa, where we were recognized as a level one Broad-Based Black Economic Empowerment (B-BBEE) contributor for a fourth consecutive year and remain one of the JSE’s most transformed companies,” said Joosub.

Vodacom Group continues to make good progress in addressing climate change. In its role as a partner of the COP27 UN Climate Change Conference hosted in Egypt earlier this month, it reaffirmed its pledge of halving the Group’s environmental impact by 2025.

“One of our many purpose-led initiatives which I am particularly proud of is our mobile healthcare program in Tanzania called ‘m-mama’,” said Joosub. This service provides emergency transport for pregnant and post-partum women. Tanzania has one of the highest maternal mortality rates in the world, many of which could be prevented by reducing delays in receiving care.

‘M-mama’ is expected to save the lives of around 9 000 mothers and babies over the next five years. It is estimated that the service has already helped reduce the maternal mortality rate by 30% in the Lake Zone region in Tanzania, showcasing what the right partnerships and digital solutions can achieve.

Substantial investments into technology and networks continues to resonate with customers, having attracted an additional 3.0 million customers in the period. This means Vodacom Group now serves 132.6 million customers across its footprint, with an addressable market of more than 400 million people, with Vodafone Egypt set to add further scale.

Efforts to deepen financial inclusion continue to thrive, supported by the double digit increase in financial services customers to 63.1 million (including Safaricom on a 100% basis). Vodacom Group is Africa’s leading fintech player measured by a processed transaction value of USD355.2 billion over the last 12 months, up 17.6%.

Tanzanians in particular have benefitted from significant reductions in mobile money levies, with the government implementing decreases of up to 43% effective from 1 July 2022. This helped drive an additional 19.5% increase in the number of Tanzanians using M-Pesa and is clearly supportive of financial inclusion.

Accelerated growth of 39.3% in the second quarter saw M-Pesa revenue end the six-month period 25.1% higher at ZAR3.0 billion, accounting for nearly a quarter of international service revenues. In addition to M-Pesa’s recovery, strong data growth and foreign exchange tailwinds largely contributed to the 17.9% growth in service revenue from international operations to R12.6 billion.

In South Africa, Vodacom Group invested ZAR5.8 billion in its network – the most in a six-month period – to further enhance the customer experience at a time when the country experienced record levels of power outages.

Over the past two years, it has invested over R2.0 billion in batteries alone to enhance the resilience of its network so that we keep customers connected during extended periods of loadshedding. At the same time, Vodacom Group continues to work closely with electricity utility Eskom to find a renewable energy solution for the benefit of the planet and customers.

In September 2022 it announced an in-principle agreement with Eskom to pilot a program that would see Vodacom South Africa source its electricity from renewable independent power producers and contribute this into the national grid.

“It is also particularly pleasing to see that the investments into our South African network – more than R50.0 billion over the past five years alone – have culminated in further extending our Net Promoter Score (NPS) lead over our nearest competitor while at the same time driving growth from our new services such as financial and digital services, fixed and IoT,” noted Joosub.

In addition to increased demand for personalized bundles and strong equipment sales, these factors contributed to a 4.9% rise in revenue in our largest market. Underpinned by an almost 20% increase in insurance policies, revenue generated from financial services improved 8.1% to R1.4 billion.

Looking ahead, it is expected that the Vodafone Egypt acquisition and Community Investment Ventures Holdings (Proprietary) Limited (CIVH) joint venture will enhance the Group’s system of advantage and provide scope to accelerate its growth profile.

In Egypt, the transaction obtained approval from the National Telecom Regulatory Authority and remains subject to the Financial Regulatory Authority’s approval and other key suspensive conditions as set out in the circular to shareholders published on 10 December 2021. A strategic acquisition of a joint venture stake of up to 40% in CIVH, recently received approval from ICASA subject to license conditions such as open-access and remains subject to Competition Commission approval.

“Vodacom has a proven track record as a resilient company, and we are committed to ensuring that we follow our purpose of connecting people to a better future while delivering value for our shareholders,” concluded Joosub.