Climate change takes the mystery out of Namibia’s fairy circles 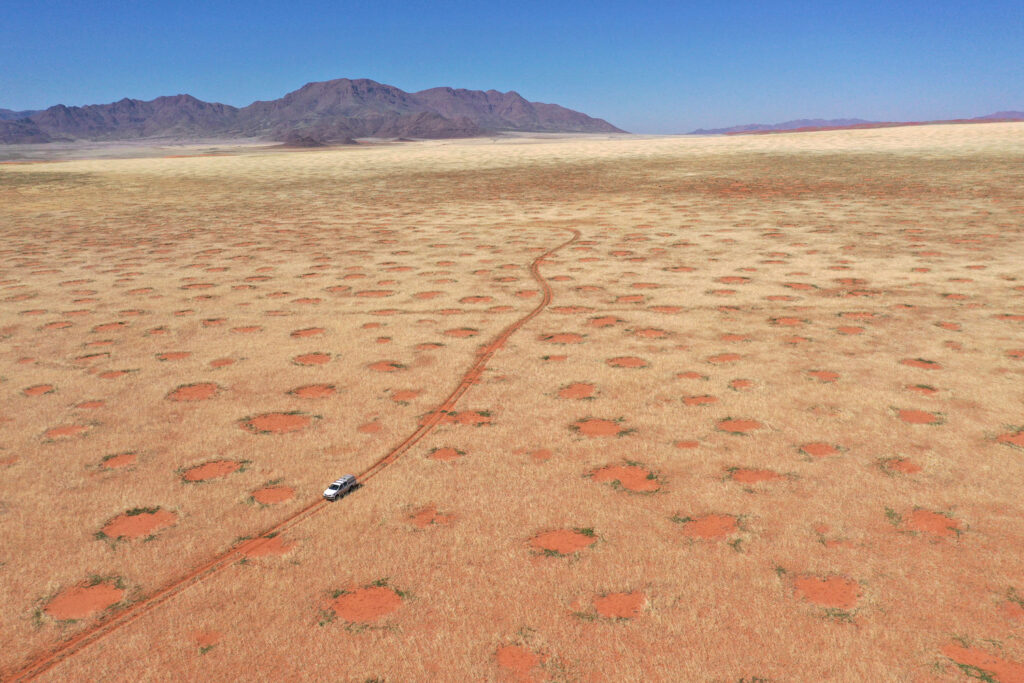 Climate change has unveiled the secrets behind Namibia’s famed fairy circles as scientists dispel the magic.

About 80 km to 140 km from the coast in the Namib, there are millions of so-called ‘fairy circles’ – circular gaps in the grassland, each a few meters wide – together forming a distinctive pattern across the whole landscape and visible for miles around.

Scientists have puzzled over the origin of Namibia’s fairy circles for nearly half a century. The two main theories were that either termites were responsible, or plants were somehow self-organizing.

Now researchers from the University of Göttingen in Germany, benefiting from two exceptionally good rainfall seasons in the Namib Desert, show that the grasses within the fairy circles died immediately after rainfall, but termite activity did not cause the bare patches.

Instead, continuous soil-moisture measurements demonstrate that the grasses around the circles strongly depleted the water within the circles and thereby likely induced the death of the grasses inside the circles. The results were published in ‘Perspectives in Plant Ecology, Evolution and Systematics’.

The research has implications for understanding similar ecosystems, especially regarding climate change, due to the self-organization of plants buffers against negative effects induced by increasing aridification.

Dr. Stephan Getzin, Department of Ecosystem Modelling at the University of Göttingen, explained: “The sudden absence of grass for most areas within the circles cannot be explained by the activity of termites because there was no biomass for these insects to feed on. But, more importantly, we can show that the termites are not responsible because the grasses die immediately after rainfall without any sign of creatures feeding on the root.”

Under the strong heat in the Namib, the grasses are permanently transpiring and losing water. Hence, they create soil-moisture vacuums around their roots and water is drawn towards them. The results strongly concur with those of researchers who have shown that water in soil diffuses quickly and horizontally in these sands even over distances greater than seven meters.

By forming strongly patterned landscapes of evenly spaced fairy circles, the grasses act as ecosystem engineers and benefit directly from the water resource provided by the vegetation gaps. “In fact, we know related self-organized vegetation structures from various other harsh drylands in the world, and in all those cases the plants have no other chance to survive except by growing exactly in such geometrical formations,” said Dr. Getzin.

Discover more news on how climate change is affecting Africa and the MENA region and how companies are responding.