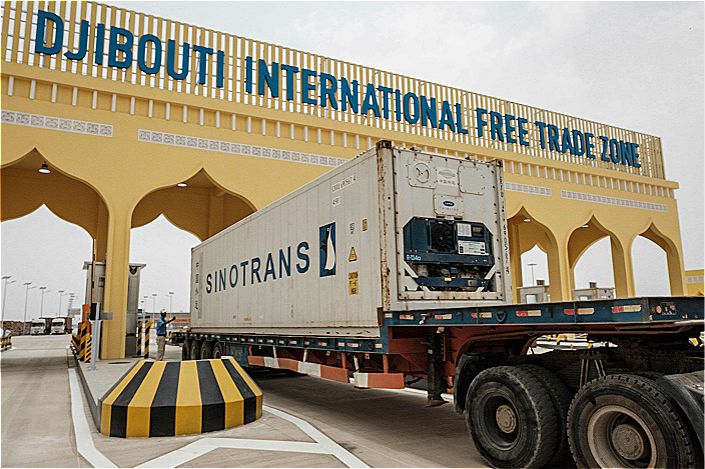 Saudi Arabia has been invited to invest in the Djibouti International Free Trade Zone, which is strategically located along coastal trade routes valued at USD 2 trillion.

Leading Djibouti officials have invited Saudi Arabia to invest in the country’s international free trade zone. The free trade zone, according to Djibouti Ports and Free Zones Authority (DPFZA) Chairman Aboubaker Omar Hadi, “is a large gateway to an African market of about 1.3 billion people, and ready with appropriate infrastructure.”

Hadi, along with Djibouti’s Ambassador to Saudi Arabia, Dya-Eddine Said Bamakhrama met with representatives of the Saudi business community at the Federation of Saudi Chambers. The meeting covered a range of investment opportunities, including ports, logistics and free zones.

The two men presented Djibouti’s international trade zone as an attractive investment opportunity. They claimed that the required infrastructure was already in place and that the trade zone sat at the intersection of trade routes in the East and West along routes through which USD 2 trillion in trade passes. “The DPFZA team presented the different investment opportunities in Djibouti, mainly in the logistics sector, free zones, and the petrochemical industries,” said Bamakhrama.

Secretary-General of the Federation of Saudi Chambers, Hussein Al-Abdulqader, spoke of the historical links between Saudi Arabia and Djibouti, and highlighted the value of the investment opportunities within the country. Al-Abdulqader stated that trade between the two countries had grown to approximately USD 1.86 billion at a growth rate of 103% in 2021 compared to 2020. Al-Abdulqader went on to say, “There is still a great opportunity to increase it in line with the efforts made and the investment opportunities available.”

On Monday the two men held meetings with Saudi Arabian institutions including the Public Investment Fund (PIF), the Exports Development Authority, the Saudi EXIM Bank and the Ministry of Industry and Minerals.

“The DPFZA team presented the different investment opportunities in Djibouti, mainly in the logistics sector, free zones, and the petrochemical industries, and the Saudi team expressed their interest vis-à-vis the facilitation that could be offered to the potential Saudi investors in Djibouti,” Bamakhrama said.

The delegation also met with the Ministry of Environment, Water, and Agriculture, to discuss the livestock industry and how they might achieve improvements in the liaison between importers and exporters via Djibouti’s port infrastructure. The Ministry stated that the two sides had discussed a livestock transportation service that would link Djibouti Port to Jazan Port as the first stage in a Gulf-wide distribution network.