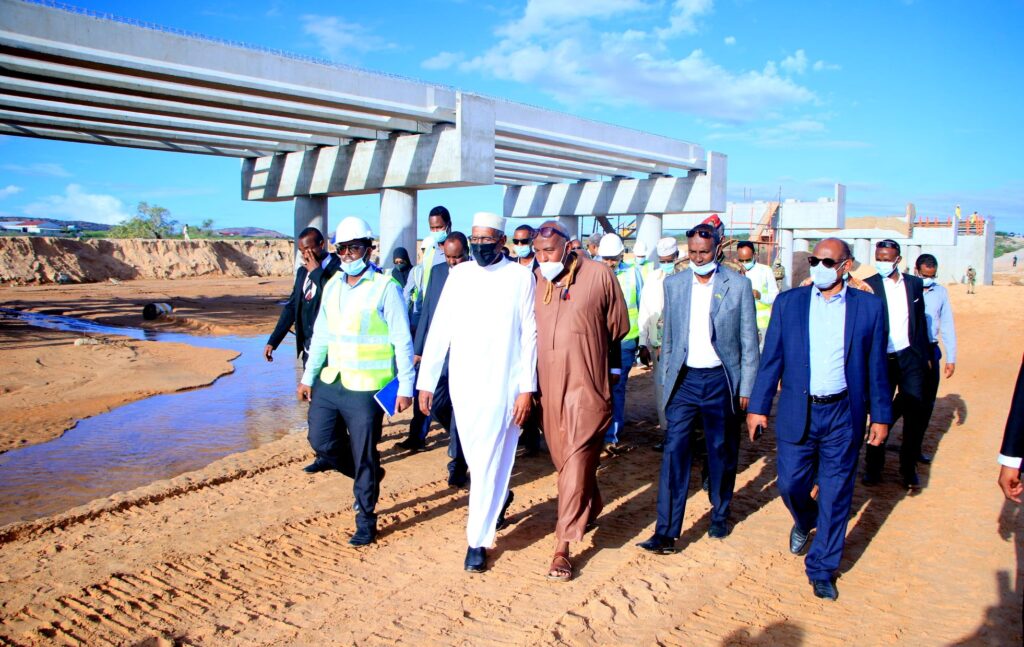 The Abu Dhabi Fund for Development (ADFD) has participated in the inauguration of the first bridge built as part of the Berbera-Hargeisa Corridor project in Somaliland.

The Berbera-Hargeisa Corridor infrastructure project has been financed using AED 330.5 million (USD 89.9 million) from the grant program provided to Somaliland by the UAE in 2017. The grant program is managed by the ADFD and is intended to finance various projects that will support sustainable development in Somaliland.

President Muse Bihi Abdi of Somaliland inaugurated the project in the presence of Abdullah Muhammad Al Naqbi, Director of the UAE Trade Office in Somaliland, along with ministers and senior officials. During the ceremony, he praised the UAE and its leadership for providing a steady support to his country to overcome developmental challenges.

At 105 meters in length, the bridge is one of the longest along the Berbera-Hargeisa Corridor, a route that links major cities and regions across the country. The bridge and accompanying road connect the port of Berbera with Somalialand’s capital, Hargeisa, Eithopia’s capital, Addis Ababa, and other East African countries; Berbera Port serves as a gateway to the Berbera-Hargeisa Corridor, which provides access to the sea for landlocked countries, including Ethiopia.

Once fully developed, it is hoped that the Berbera-Hargeisa Corridor will facilitate economic cooperation and assist in boosting trade between the cities and countries it connects. The bridge itself was financed with AED 262 million (USD 71.4 million) from the ADFD-managed grant.

H.E. Mohamed Saif Al-Suwaidi, Director General of ADFD, said, “The inauguration of the strategic infrastructure project marks a qualitative leap in economic and social development in Somaliland. This is because the project will significantly facilitate import and export of food and agricultural products, in addition to supporting small and medium enterprises and connecting the local markets with the regional ones.”

“The Fund finances a number of vital projects in various sectors such as energy, transport and agriculture, in addition to promoting small and medium enterprises, which drives development in the country,” Al Suwaidi added.

President Abdi emphasized the strategic importance of the Berbera-Hargeisa roads project in facilitating trade, commutation, and traffic movement. “The government is striving to develop infrastructure to boost the economy,” he said, noting that the bridge will enable people to commute to rural and urban areas safely and smoothly even during the rainy seasons when thousands are forced to put their lives at risk while crossing valleys and waterways.

Since 2016, Somaliland has seen major investments across the country’s trade and transport infrastructure from Dubai Ports World (DPW), ADFD and Trademark East Africa (TMEA). As part of this process, DPW has committed to invest USD 442 million in three phases, including a new 400m-container berth at Berbera already under construction. TMEA received USD 33 million in 2019 from the UK’s Partnership Fund to finance a by-pass road Hargeisa.

Algeria and Qatar to explore tourism and real estate investments