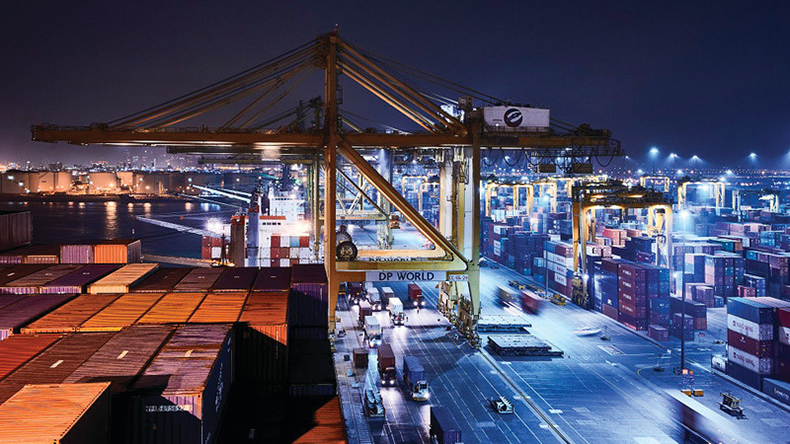 Dubai has ranked fifth among leading global ports in the ISCD Index thanks to investment in infrastructure and business diversification.

The Xinhua-Baltic International Shipping Centre Development (ISCD) Index has ranked Dubai as the fifth highest scoring city in its latest report on leading global ports. The Baltic Exchange is one of the world’s leading independent sources of information on the global shipping industry. The organization’s report is published jointly with the Chinese state news agency Xinhua.

Singapore was ranked first with a score of 94.88 out of a possible 100, while London came in second with 83.04 points. Shanghai placed third with 82.79 points, with Hong Kong (79.15) and Dubai (75.74) completing the top five. Rotterdam, Hamburg, New York/New Jersey, Athens/Piraeus, and Ningbo-Zhoushan completed the top 10.

According to the report, Dubai “has heavily invested in infrastructure, which has in turn attracted business and tourism. Today, maritime plays an important part in Dubai’s diversified mix of industries”.

“It has a lot to shout about with its established ports including DP World-operated Jebel Ali and Mina Rashid, and purpose-built Dubai Maritime City – a 2.5 sq.km site developed in 2004 and situated between Mina Rashid and Dry-docks World. The latter also includes a free trade zone offering tax relief, and this, combined with a 2020 UAE decision to enable foreign ownership of certain maritime businesses, furthers its ambitions to position itself as an attractive option for international business and investment”, the report stated.

“The major upgrade to the roads and infrastructure at Dubai Maritime City is part of our efforts to support the Dubai Maritime Vision 2030, which aims to develop, regulate and enhance the local maritime industry and strengthen Dubai’ s position as a world-class, premier international maritime hub,” said Mohammed Al Muallem, Executive Vice President, DP World upon the publishing of the report.

The report also found that Dubai’s free zones were helping to attractive foreign investment due to their simplified business regulations and laws. In a statement included in the report, Dubai Maritime City Authority (DMCA) said, “There are number of free zones that allow 100 per cent foreign ownership of businesses. Mainland business regulations allow full foreign ownership in 122 economic activities across 13 sectors and offer 100 per cent profit repatriation.”

The report highlighted ongoing issues with the container shipping market, claiming that, in the past year, container vessels were being chartered at rates which could exceed USD 150,000 a day, whereas the pre-pandemic raters were between USD 6,000 and USD 10,000 per day. Vessel reliability was also an issue, with 90% of vessels in the Pacific being delayed by an average of 19 days. As a result, “The average transportation time from when the cargo was ready at the exporter in China until the customer took delivery in the US went from 45 days to 112 days,” the report said.

2023 will see a capacity increase of 9%, based on vessel orders placed by shipping firms, however, new environmental laws, IMO 2023, are being implemented, which will effect smaller vessels and could well have a knock-on effect in terms of price and availability, according to the report.

The impact of the Ukraine war

The Ukraine war continues to have a diverse effect on global trade. Prior to the conflict, the oil market was expecting a recovery in oil demand and a reduction in the supply limits put in place by OPEC+.  “However, soaring oil prices, slowing economic growth and lockdowns are likely to curb global oil demand growth by 1 per cent in 2022. Global oil demand is now likely to return to pre-Covid levels in 2023 instead of 2022,” the report said.

Dubai was recently ranked second in a listing of leading global commodity trading hubs by the Dubai Multi Commodities Centre.