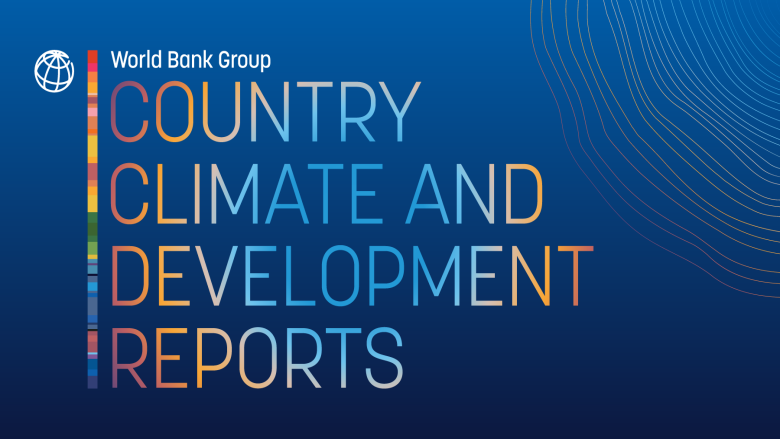 A low-carbon growth trajectory is vital if South Africa is to find the cheapest and quicker solutions to increase electricity supply.

A low-carbon growth trajectory is required, and renewables are among the cheapest and quicker solutions to increase electricity supply and reduce the strain on existing generation capacity in South Africa. This is according to the World Bank’s Country Climate and Development Report (CCDR) launched on 1 November in conjunction with South Africa’s Presidential Climate Commission.

By implementing a low-carbon transition that aims to significantly lower emissions of greenhouse gases, South Africa can harness investments in new technologies to help resolve its protracted energy crisis.

Achieving a climate-resilient transition will be essential to mitigate the impact of climate change on South Africa’s agriculture, cities, infrastructure and people. Increasing climate shocks such as droughts, floods and heatwaves are especially disruptive in coastal cities, poor agricultural provinces and the underdeveloped peri-urban areas of the main metropolitan centers – home to the majority of the country’s people and the location of most of its economic activity.

Road transport is relatively resilient, but some provincial and rural areas will require attention. Priority should be given to investments that not only increase resilience but also lower greenhouse gas emissions, such as investments in irrigation, agronomic practices, sustainable land management and ecosystem restoration.

Supporting a just transition will be essential given that disadvantaged people are both more exposed to climate risks and less able to cope with them. The CCDR estimates that for each job eliminated in the shift to a low-carbon economy, two to three jobs could be created between 2022 and 2050.

The impact on employment

The challenge is that these new jobs will not necessarily emerge in the same timeframe, nor in the same sectors and locations, requiring joint public-private interventions to develop new skills within the workforce and facilitate movements across the labor market.

By strengthening social assistance, labor market intermediation and reskilling and upskilling programs, South Africa can better support workers during the transition. More support is also needed for micro, small and medium enterprises and for self-employed businesses (in both the formal and informal sectors). A holistic approach is required immediately in Mpumalanga, the province most affected by the closure of coal mines and coal-fired power plants.

Achieving a just transition requires substantial external financing and a combination of structural reforms, including a more flexible labor market and improvements in fiscal and financial policies. The CCDR estimates the just transition could cost around ZAR8.5 trillion (about USD 500 billion in net present value) between 2022 and 2050, of which ZAR2.4 trillion (USD 140 billion) would be needed before 2030.

Held on African soil for the second time, COP 27 starts in the Egyptian resort city Sharm el Sheikh from 6 to 18 November.