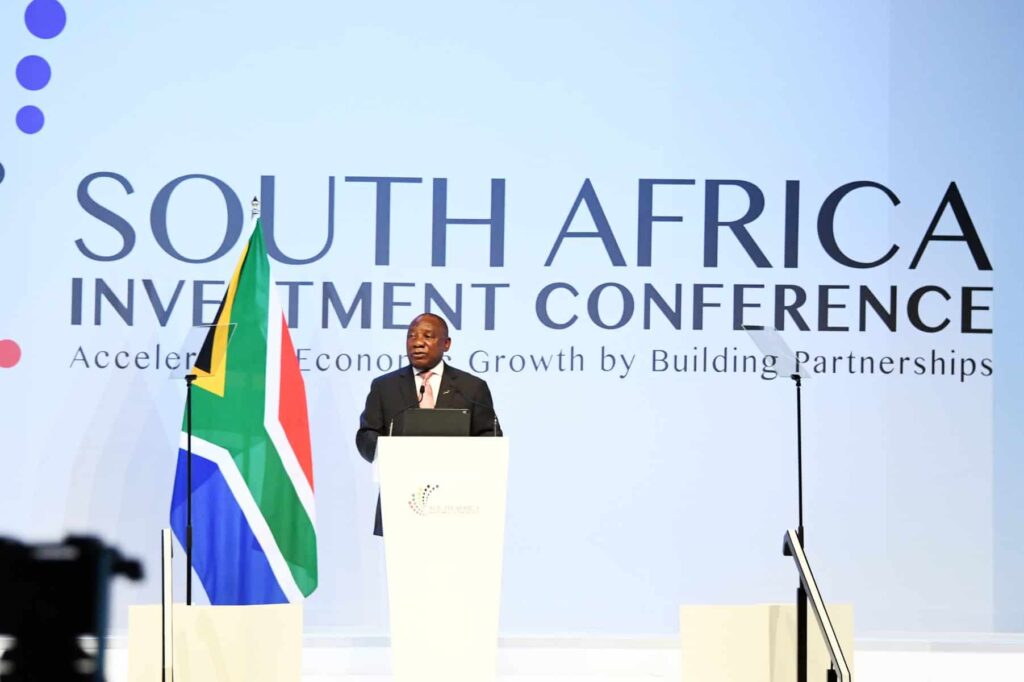 The SA Investment Conference has achieved 95% of its investment drive goals, according to South African President Cyril Ramaphosa.

The SA Investment Conference received 80 investment pledges during the event at the Sandton Convention Centre in Johannesburg on 24 March. South African President Cyril Ramaphosa announced the figures, which translate to 95% (R1.14 trillion) of the initial investment mobilization drive target that was intended to be achieved within a five-year period.

“This 4th South Africa Investment Conference could not be taking place at a better time, just as the country is casting off the long shadow of the pandemic and embarking on a concerted and determined recovery,” President Ramaphosa said in his opening address.

“We are making progress along the difficult but necessary path of reform we embarked on three years ago [and] are starting to see the results. Nowhere is this difficult path more apparent than in the sphere of energy.” President Ramaphosa highlighted that South Africa has undertaken the most extensive transformation of its energy sector in nearly a century.

In December 2021, national electricity firm Eskom met its deadline of establishing a separate transmission entity. It is set to complete the process of unbundling into separate entities for generation, transmission and distribution by the end of this year.

“We are moving ahead to facilitate a competitive market for electricity generation, and the establishment of an independent state-owned transmission company,” said President Ramaphosa. “We are working with the private sector to fast-track investment to unlock a potential 4 000 MW of embedded generation.”

The government has increased the licensing threshold for embedded generation projects from 1 MW to 100 MW. Last year it launched Bid Window 6 of the Renewable Energy Independent Power Producer Procurement Programme. This will add new generation capacity to the grid over the next two years, mainly through wind and solar power.

President Ramaphosa said that the Critical Skills List had been revised to enable the country to attract skilled professionals to work and do business in South Africa. “It is our ambition to be an economy and a society that is open to global skills, that attracts talent, expertise and innovation. We are establishing a special unit in the Presidency to deal with bureaucratic red tape and to improve the operating environment for businesses and to reduce the cost of doing business.”

MENA region energy investments are predicted to hit USD 879 billion by 2026, according to a report by Arab Investment Corporation (Apicorp).