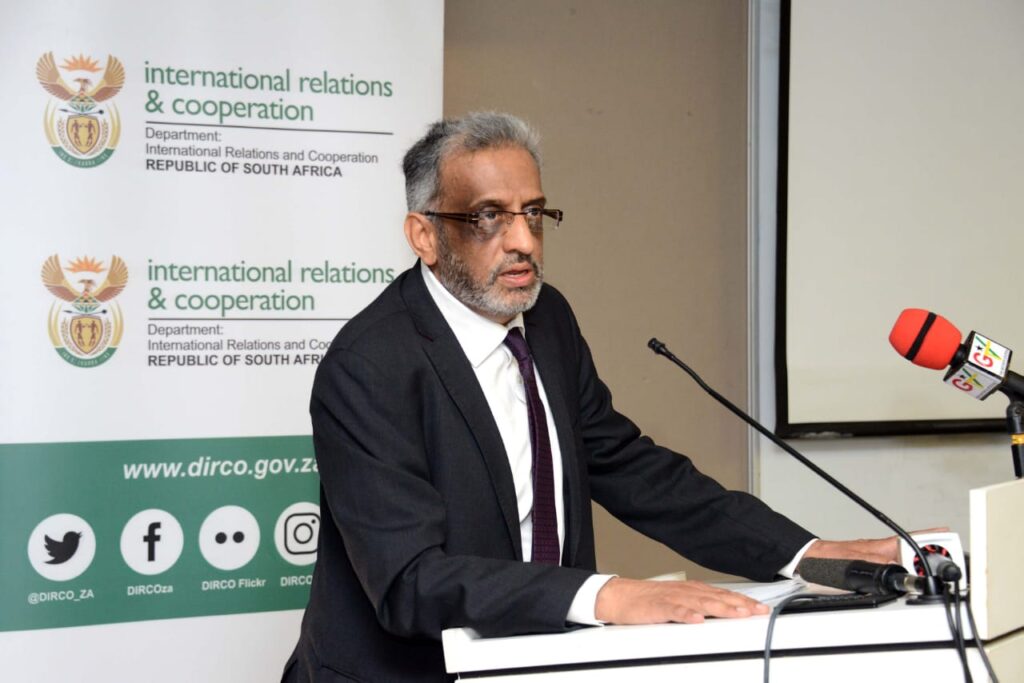 Bilateral trade between South Africa and Qatar reached USD 177.4 million in the first half of 2022, according to South Africa’s ambassador to Qatar, Ghulam Hoosein Asmal.

According to figures issued by the South African embassy in Doha, South Africa exported goods of a total value of USD 137.4 million to Qatar and imported a total of USD 39.5 million, mainly petrochemical products, from the gulf state in the first half of 2022.

2021 saw the two countries record a total trade volume of USD 340 million, comprising USD 238.4 million worth of exports and USD 106.7 million in imports. According to the South African embassy, Qatar is South Africa’s 10th-largest trading partner in the Middle East in terms of exports, and the 5th-largest in terms of imports.

“Diplomatic relations between South Africa and Qatar were established in May 1994, just a few weeks after the new South Africa was established. The trade surplus is in favor of Qatar because of petrochemicals exports to South Africa. One of South Africa’s largest investments in the Middle East is a partnership between SASOL and QatarEnergy,” said Asmal.

The ambassador stressed that South Africa is an attractive investment destination and that the government sought to forge stronger ties with Qatar. According to Asmal, South Africa’s economy is estimated to be worth USD 417.9 billion and is the 32nd largest in the world, with GDP estimated to account for 12% of Africa’s GDP. Exports of goods and services represent 31.2% of the GDP in 2021, he said.

Asmal claimed that South Africa is a vibrant, emerging market and is the most developed economy in Africa, citing the significant presence of multinational corporations in the country. He went on to claim that the country’s progressive constitution, independent judiciary, abundant natural resources, strong infrastructure and logistics and its young population all positioned the country as an enticing prospect for investment.

Along with South Africa’s advanced financial services and banking sector, Asmal stated that the country also provides investors access to global markets, “South Africa has concluded several trade agreements that support export market growth prospects. The best example is the African Continental Free Trade Agreement (ACFTA), which was founded in 2018 with trade commencing in 2021. It creates a single market for goods and services to deepen economic integration in Africa; 54 of the 55 African countries have signed the ACFTA and the combined GDP of its members is approximately USD 3.4 trillion and a population of about 1.5 billion people,” he said.

Qatar has recently undertaken efforts to improve trade and economic cooperation across a range of sectors with Egypt, Algeria and Sierra Leone.