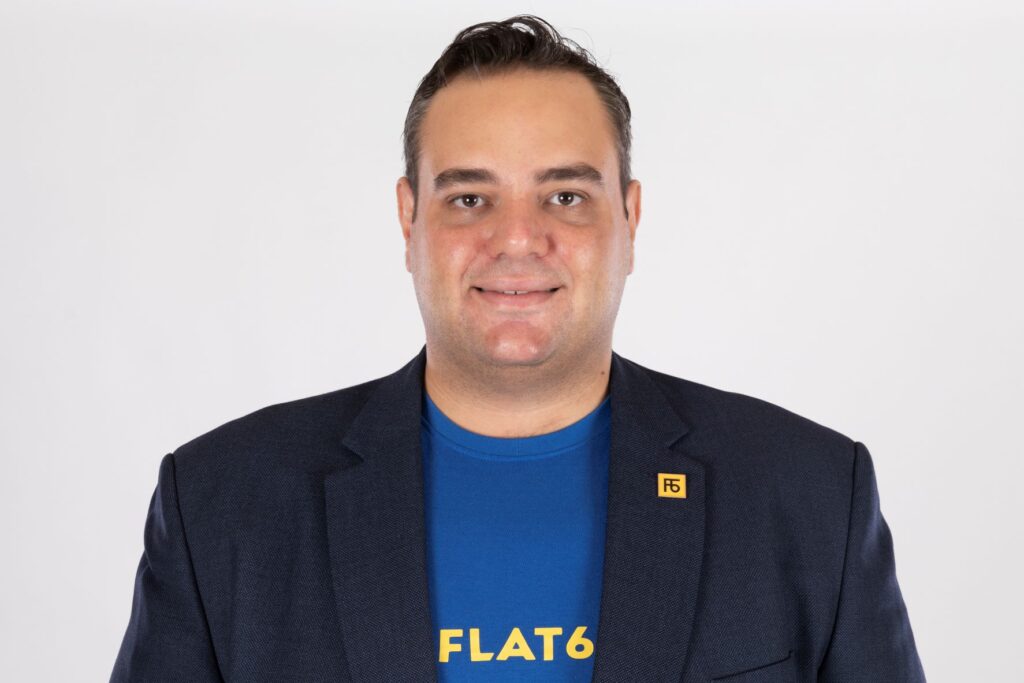 Flat6Labs is one of the region’s most active VC firms. In this exclusive interview we talk with CEO Ramez El-Serafy about the company and the startup environment in Africa.

Flat6Labs, a Cairo-based VC firm with investments across the MENA region, came into being 11 years ago. Created by the founders of Sawari Ventures, Flat6Labs seeks to plug a gap in the regional startup scene. Today, the startup ecosystem across much of the GCC and certain parts of North Africa is vibrant, but back when the company was founded, there was very little support for startups and the ecosystem had to be built from the ground up, a process that is very much ongoing. Here, in an exclusive interview, we talk to CEO of Flat6Labs, Ramez El-Serafy about their work and their view of the MENA and wider African investment scenes.

Tell us about the founding of Flat6Labs.

We started 11 years ago in Cairo, the same founders as Sawari Ventures. They saw the opportunity in the market to focus on seed stage investments. They felt that the traditional VC model was not the best way to work in the startup ecosystem, an ecosystem that had to be built from scratch. There were serious institutional seed investors, but there were lots of founders with good ideas, but they were failing to take them to execution, because they didn’t have the exposure, network and access.

11 years later, we’ve invested in over 350 companies across the MENA region. We’ve got a team of over 80 people. Our startups have created thousands of jobs, they’ve raised over USD 130 million in follow up funding following our initial investments. We function as a VC with various funds, at seed and pre-seed stage. Flat6Labs invests up to USD 500k initially and we provide follow up funding later on. We usually do between 60 and 70 fresh investments every year, and then we can invest in follow up funding, it’s around 100 [investments] a year.

Flat6Labs continues to work to develop the startup ecosystem, and you run what you call “Ecosystem Development Projects”, tell us a little about these.

The ecosystem programs are all those that don’t have an investment element. They need development and capacity, infrastructure. As we deal with a lot of infrastructure components, we found a lot of opportunities with partners and existing players. We’ve had to work to develop the ecosystem, to allow us to see a better pipeline.

You have various funds that focus on different countries and sectors, why is this?

As we grew and starting expanding, we found that we needed to deploy capital for several years. The VC fund model was the best way to do this, by raising money from Limited Partners, for example, investment banks, sovereign wealth funds, individuals, funds of funds. When we started, the interest was mostly focused on local, specific investments. Our funds range from 10 to 30 million USD, for that size of fund, the investors are more willing to invest locally.

It didn’t make sense to raise 200 USD million and invest across multiple countries, it’s a smaller fund to focus to a smaller market. We also tapped into government initiatives, or we had specific connections that helped us raise for that specific market.

Going forward, we’ll be doing more multi-country funds to support the cross-pollination of markets. It will also give us the ability to raise larger amounts.

You recently ran a femtech accelerator, can you tell us about it?

It’s a corporate program that we’re running with Organon, a subsidiary of Merc, it’s part of their innovation strategy. They wanted to really engage very quickly with startups. Femtech is new, and it’s not very specific when it comes to a sector, it could mean female-led startups, or startups that are targeting women, possibly health. We partnered together to launch the first femtech program in the region. We picked 10 startups from around the region, but we expanded internationally. They graduated last week in Cairo.

Fintech is obviously a major element of what you do. Why is fintech booming in Africa at present?

It’s several factors. It has to do with the percentage of unbanked people in the region. But, it doesn’t necessarily have something to do with a gap in the market. With fintech, it has to do with the type of business model, how much can you move? You have a lot of sectors being disrupted, from healthcare to education, to logistics. With fintech, your business model is based on transactions and integrations with banks and regulations, you don’t need a huge network, or logistics. Other sectors have to line all of this up. You’re dealing with fewer partners, it’s slightly more flexible. It’s all transaction based, there’s no doubt about how you make your money. You’re not selling a product.

When it comes to Africa, it’s very difficult to disrupt traditional sectors. Fintech was perhaps more ready to be disrupted. It also depends on the market, there are some markets that already had the infrastructure in place. There are places like Egypt and Nigeria with huge unbanked populations and central banks or governments that are open to fintech. The same is happening in the Gulf.

So, fintech will continue to dominate? And what markets are particularly interesting to you?

It’ll remain that way for a while. It still requires a lot of disruption, but there’ll be consolidation in the future as the startups reach maturity.

In terms of markets, we’ve always believed that Tunisia has very good tech talent and it’s a great test bed for concepts that we’d like to take to bigger markets. Unfortunately, the amount of funding that’s available for Tunisian startups is way less than in other markets. We’re also excited about Algeria and Morocco. There’s a regulatory overhaul happening in Algeria that will help the market, the same thing’s happening in Morocco.

We’re also seeing more deep tech startups in North Africa, we’re hoping to see more of this that will inspire a new generation of founders.

Other areas of investment that we keep seeing doing well are green tech and logistics. What do you think about those sectors?

There’s a lot of US and European investors launching funds that are investing in green tech and climate tech in Africa. Logistics, we’re seeing big conglomerates that are trying to work with more innovation. We’re happy to see it happen in the region. When it comes to logistics, there are lots of factors, it requires them to be leading the way.

With COP happening in Egypt, there’s a lot of focus on the region and what we have to offer. We need access to green energy and better services. Unfortunately, the infrastructure doesn’t help, so we need innovation. One of our startups, Kumulus Water, makes water out of thin air, it turns water droplets from the air into drinkable water. It overcomes the lack of infrastructure when it comes to drinking water.

I think we’ll see more of this. We’ve seen a lot of European companies investing in North Africa, in innovation [within climate tech].

What do you think the startup scene in North Africa could most benefit from?

Access to resources. This could be a lot of things, data, funding, talent, for example. It’s a range of issues.

One other thing, we’ve been seeing is that there isn’t a connection between the different regions of Africa. It’s very silo-ed. We’ve seen some VCs come out of Nigeria, Kenya or South Africa investing in Egypt, but not the other way around.

We’re hoping that with our expansion we can bridge the gap, for example with startups in Egypt working with companies in other countries.

Fintech accounts for the vast majority of investment across the MENA region and global consultancy firm McKinsey & Co. predicts revenues to reach USD 30.3 billion by 2035.

The African agrifood tech sector has raised more than USD 1.1 billion in funding over the past five years.